THE CHRONICLES OF RACHEL STRAND ONE SHOT (aka HELLRAZOR: VOODOO) 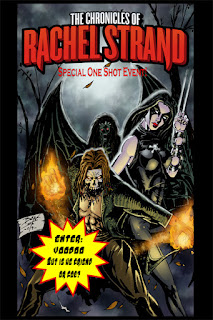 SYNOPSIS: "Born a half-vampire, Rachel Strand is blessed with great powers...and cursed with a dark heritage. Choosing to fight the darkness rather than join it, Rachel takes up the Hellrazors to seek out and destroy evil wherever it may be found. These are her stories. These are the Chronicles of Rachel Strand!" (from the inside cover)
Rachel Strand and her companions come across a mystical artifact called a bloodstone.  They also encounter the mystic bounty hunter(?) Voodoo, who has been charged to bring retrieve the bloodstone for a mysterious order.  This, of course, brings Rachel and Voodoo into conflict with one another until their realize the true villain here is Lilith, the monstrous vampire queen.  They team up, warding off the evil for the time being.  Voodoo is allowed to take the bloodstone as it proves too much of a temptation for one of Rachel's mystic friends.

MY THOUGHTS:
Welcome to the Equinox universe.  What's Equinox?  Well.....

Equinox Comics is a small Tulsa-based publisher of creator-owned comics.  Their comics can be ordered online or they can be found from time to time set up at conventions.

This issue picks up from Rachel's first appearance in Equinox #1 where she took on a voodoo mystic (unrelated to the character Voodoo).  Whereas her first story was in full color, this one is a black and white issue.  The art varies from wonderfully detailed to more simplistic, depending on the scene.  Rachel's supporting cast tend to get the less-detailed treatment, while Rachel herself gets the whole shebang. 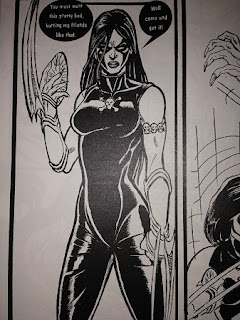 As for the story, it's a fun read, but a fairly general story for the genre.  A half-vampire fighting against vampires is hardly original, but the Equinox crew still makes it enjoyable.  Rachel's supporting cast is mostly female and her two main male friends consist of a vain-yet-thrifty mystic and a total nerd.  It's like meshing the supporting casts of Buffy the Vampire Slayer and The Flash.  Voodoo is an interesting character but little to no backstory is given.  It is difficult to determine if he is from New Orleans or Jamaica. 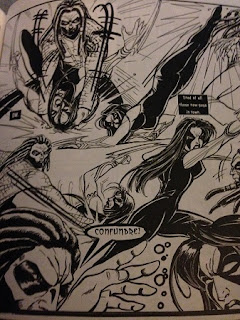 The major joy of this issue basically comes from ignoring that you are reading tropes and just enjoying the story for what it is--a couple of supernatural characters giving the beatdown to a monster with some other characters helping to try and build interest in the story.  It's not a "bad" story, per se, but it certainly isn't award-winning by any stretch.  It does feature a couple of cute Easter eggs in the form of artifacts kept by the secret society--a Green Lantern Power battery and a can of Popeye's spinach. 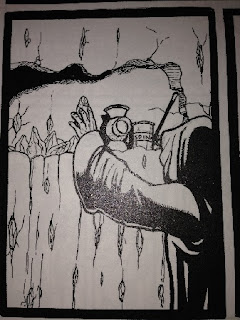 So if you ever happen to come across Equinox Comics set up or are willing to order it online, I'm sure they would appreciate a few more coins in the coffers.  I know that if you enjoy half-vampire stories, you will certainly get your money's worth here.  I know I have definitely paid more for worse.

Posted by Clinton Robson at 7:02 AM